Silverstone to act as Project Monitor for multimillion-pound hotel refurbishment 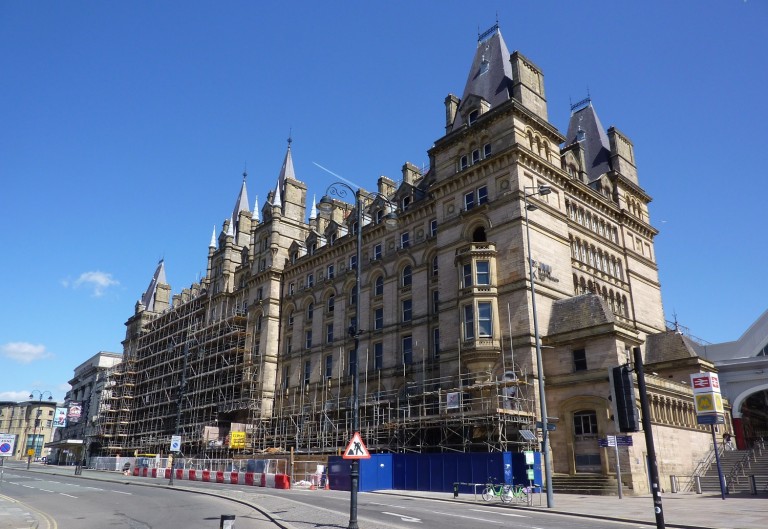 Silverstone Building Consultancy has been retained by Fairfield Real Estate Finance in respect of a substantial refurbishment project at North Western Hotel, Liverpool.

The Grade II Listed building, originally designed by Alfred Waterhouse in 1871, is a classic example of Victorian architecture at the heart of Liverpool’s Civic Centre, directly adjacent to the train station.

The building was previously used as a hotel but is currently subject to extensive refurbishment works being co-ordinated by the developer, North Western Hall Investments Limited.

In recent years, the building has been used by Liverpool John Moores University as a halls of residence, prior to being acquired by North Western Hall Investments Limited. The works include structural alterations and the provision of 201 hotel rooms. The development will incorporate a breath-taking restaurant and bar at ground floor level with conference facilities, meeting rooms and a gym at lower ground floor level.

The multimillion-pound project includes the renewal and repair to the roof finishes, external stonework repairs and cleaning as well as the provision of new windows to the external elevations. A new entrance to the hotel will also be created directly from Liverpool Lime Street Station. Raddison RED has agreed to lease the building upon completion in March 2022.

Silverstone was initially engaged to undertake a full due diligence exercise on behalf of the Funder to assess the existing hotel building, including surveys of the Wetherspoons pub and other retail units to the ground floor. This included a full review of all consultant appointments, technical reports, specifications, design information, programme and costs, with a detailed report being provided upon completion. Silverstone will also be retained for the duration of the contract programme as Project Monitor. This will include undertaking monthly site inspections and providing feedback to the Funder via monthly reports including the review and agreement of drawdowns from the Facility Agreement.

The works are being procured under a Construction Management Contract by Deansgate Contractors Limited.

As Project Monitoring Surveyor, Silverstone’s role is to assist Funders by providing specialist technical advice into the viability of a project in terms of timing and cost, and to ensure suitably robust contractual arrangements are put in place with the design consultants, contractors and sub-contractors to ensure project risks are considered/managed and the Funders’ interests are protected.

This is the first instruction Silverstone has undertaken on behalf of Fairfield Real Estate Finance. It marks the latest in a series of successes where Silverstone has been retained as Project Monitoring Surveyor on approximately £85 million worth of new build developments and refurbishments across the north of England. This encompasses sectors including residential development, industrial facilities, office and retail schemes in Newcastle, Barnsley, Sheffield, Manchester, Liverpool and Chesterfield.

Ben Rennocks, director at Silverstone, said: “Both Fairfield Real Estate Finance and North Western Hall Investments Limited deserve huge credit for their fortitude and drive to progress this development through the current pandemic. The refurbishment will improve Liverpool City Centre as you arrive via train, and will breathe life into this classic building that has been vacant for some time. Subject to Government easing of restrictions it will also generate much needed jobs and income for the local economy in the longer term”.