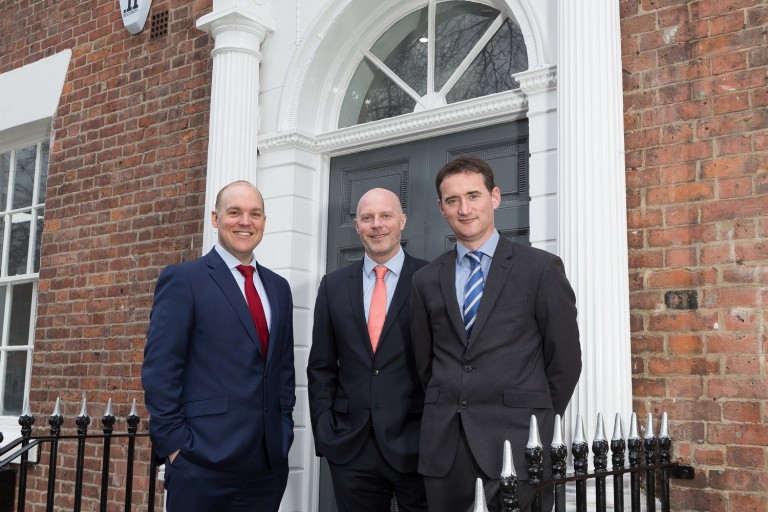 Silverstone Building Consultancy has signed a lease on an office suite in Leeds city centre in a deal secured by WSB Property Consultants.

The building surveying and project management specialist has taken the 2nd floor of 40 Park Square. The Grade II listed building is situated on the eastern side of the picturesque Georgian garden square in the heart of the city centre.

Silverstone, which has a head office in Newcastle upon Tyne, announced its expansion into Leeds in March 2018 with the appointment of Ben Rennocks, formerly of CBRE, as director of its new Leeds office.

Ben is supported by building surveyor, Jack Margerrison, who is also based at the firm's Leeds office.

The team has recently worked on a wide number of instructions throughout Leeds, Sheffield, Harrogate and York including dilapidations and pre-acquisiton building surveys, contract administration projects and project monitoring on behalf of a wide range of clients including McLaren Property, British Land, Rieker Shoes and The Hanro Group.

The firm has now moved from temporary serviced offices into the new Park Square address where it says it will be looking to expand its team.

Ben Rennocks, director at Silverstone Building Consultancy, said: “Park Square is the ideal location for our new office, situated within the traditional business district of the city centre. Signing a longer-term lease demonstrates our commitment to establishing and growing our presence in Leeds and throughout Yorkshire.

“The office provides space for up to 9 staff, giving us room to grow the team over the coming years. We hope to add a senior building surveyor to the team within our first 18 months.”

Robin Beagley, partner at WSB Property Consultants said: “It’s great to see Silverstone expand into the Leeds market.  Their decision to open a new office in the city reflects the wider confidence we are seeing across the region’s commercial property sector.”