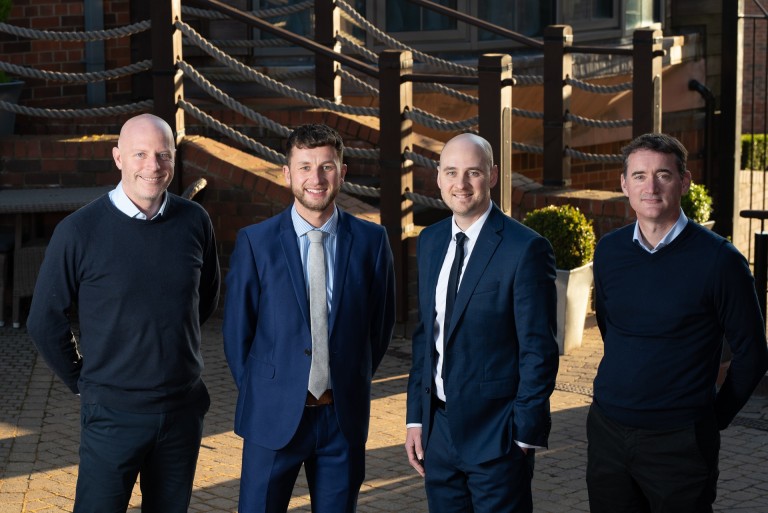 Silverstone Building Consultancy has announced the promotion of Philip Bone to director at its Newcastle office.

In another internal promotion, Jack Margerrison steps up from chartered building surveyor to senior surveyor at the Leeds office.

Silverstone Building Consultancy, is a specialist firm of chartered buildings surveyors and project managers, with offices in Newcastle and Leeds.

Philip, who has been with the firm 11 years and was previously senior associate director, said: “Being appointed to director is an extremely proud moment for me having progressed through the company for just over a decade. Joining as a graduate, the level of support, encouragement and guidance offered to me over the years has been invaluable.

“I am looking forward to the challenge of managerial responsibility and helping to drive the long-term growth of the firm as we continue to strengthen the team.”

Jack Margerrison, said: “Like Philip, I joined as a graduate, in the Newcastle office, having studied Building Surveying at Northumbria University.

“As a Yorkshireman from Leeds, I moved back home when we opened the Leeds office in 2018, as part of our geographical expansion and with the aim of being the leading independent building consultancy in the North of England.

“Personal progression is greatly encouraged and I was hugely supported when I studied for and passed my APC assessments to become chartered in 2019. To gain this promotion is a reflection of the confidence the firm has in my ability.”

Director, Richard Farrey, said: “As we continue to grow, it is crucial we recognise the role of our people both as individuals and as team players. We have progression routes in place for all colleagues, providing them with the opportunity to move forward within the business should that be their goal.

“Both Phil and Jack’s promotions is reward for the quality of their work and long-term loyalty. One of the most satisfying parts of our business is taking on promising graduates who we believe have potential and then watching them develop into highly competent professionals. We will be announcing the appointment of more people throughout the next 12 months and we are committed to employing the very best candidates who share our passion for delivering an exceptional service for clients.”