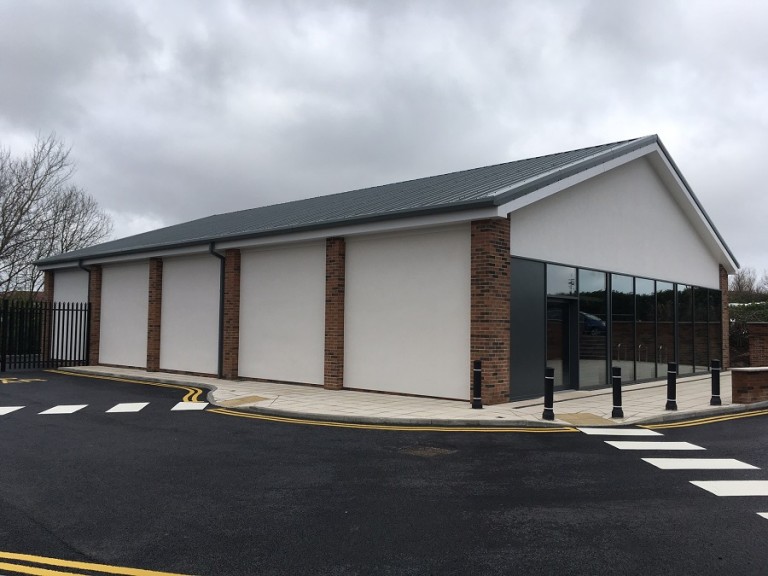 A £600,000 Co-op convenience store has been completed this week in Ashington, Northumberland.

Silverstone Building Consultancy project managed the 3,000sq.ft new build development, which has been constructed on a vacant site on Remscheid Way, in a predominantly residential area of the town.

The site was acquired last year by a private investor and the Co-op has committed to a 15 year lease on the site.

The new store will create 16 new full and part-time jobs when it opens next month after it has been fully fitted out.

Steve Varty, Co-op regional project manager said: “The Co-op is very much a community retailer and we are pleased to be bringing new investment and job creation to the area, which will benefit local residents.”

The new development is one of a series of successful projects between Silverstone and Co-op.

The specialist firm of building surveyors and project managers also built a Co-op store in Pegswood, Morpeth in 2015 and is about to start on its third, which will be the conversion of an existing building into a 3,800sq.ft store in Wylam.

Mark Coulter of Silverstone Building Consultancy said: “We are delighted to have secured a third Co-op building project.  Having established a strong relationship with the retailer we have developed a clear understanding of their specific requirements.

It is great to see that the Co-op Group is continuing to invest in developing new stores throughout the North East, revitalising otherwise redundant sites and creating a hub for the local community.”