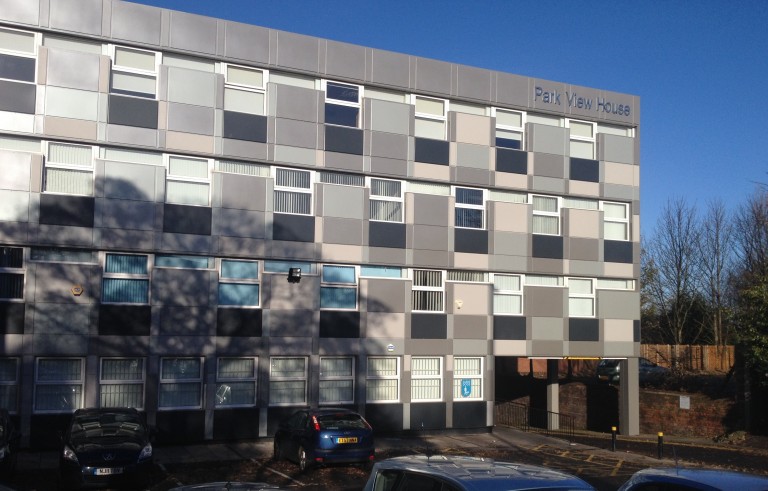 The property has recently undergone a major external refurbishment which has helped to create renewed interest in the offices.  Silverstone were instructed by the landlord, RPU Group Plc, to upgrade the façade of the building to complement the newly refurbished office suites inside.

Louise Stewart, associate at Silverstone said: “The old brickwork façade of the building was dated and unappealing to potential occupiers.  RPU Group sought our advice on how we could improve the external image of the building, we have now installed modern decorative cladding across the entire frontage of the four-storey building, which has also improved the thermal properties to the front elevation.”

Park View House, which is situated on Front Street adjacent to Four Lane Ends metro station, is being marketed by Naylors office agency team.  The office suites range from small, two person offices starting at 252sqft to larger suites of 4,000sqft which can accommodate up to fifty people.

Two second floor office suites totalling 1,100sqft have recently been let to Living Ambitions, a charity which provides care and support to individuals with learning disabilities.

Simon Taylor, head of office agency at Naylors said: “Park View House offers good value, out-of-town office space which is available on flexible lease agreements from £10 per sqft.  It is well located close to the metro station, bus station, parking and the shops at Four Lane Ends with only a five minute drive into Newcastle city centre.   The works to the front elevation have helped to create fresh interest in the building and we are confident further new lettings will follow.”